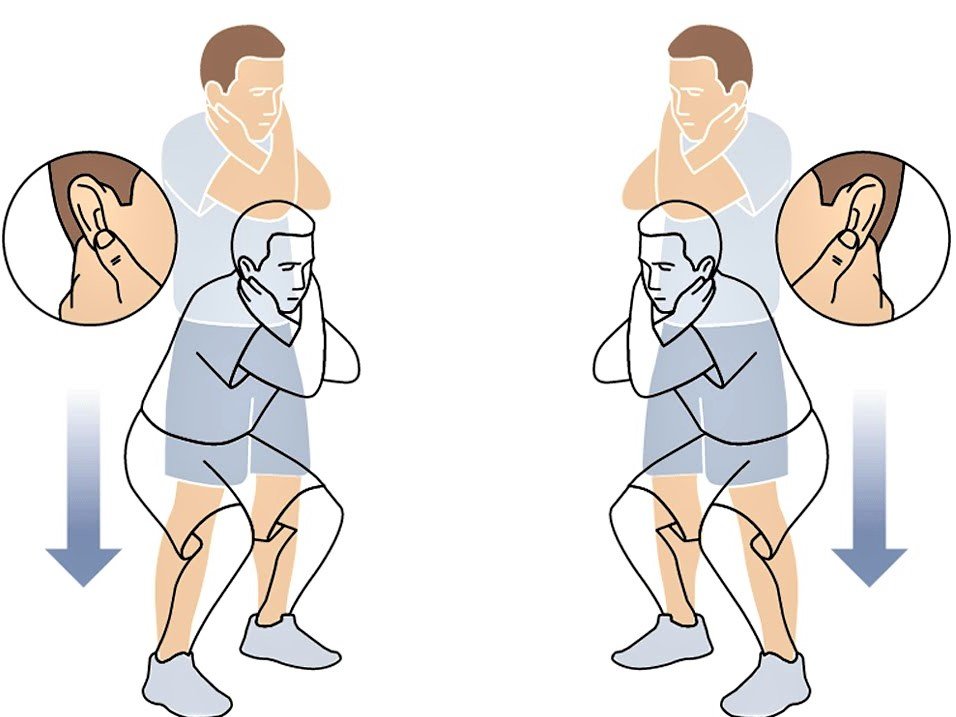 As a child, I remember the most common form of punishment in school used to be ‘Uthak – Baithak’ meaning ‘Sit – Ups’. Usually, I would get in trouble when instead of paying attention to the teacher, I would be chatting with my friends during the class. That’s when I would hear me and my friends name being called upon and we would be ordered to do 10 of these sit ups in front of the class and then go back to our table. It wasn’t a big deal, as all of us got this punishment at least once a week, if not more.

‘Sit – Up’s is an age old punishment, mostly used on students, but adults can use it too for its benefits. Our ‘punishment’ was so scientific that after lot of research of its positive effect on the brain. The new term in vogue for the same is  Super Brain Yoga.

How To Do Uthak – Baithak :

In this specific form of Sit – Up, a person connects his/her tongue to the palate, holds his/her ears with the hands crossing each other (left hand holding right ear & right hand holding left ear). He/she gently presses the ear lobes and alternates between standing and squatting positions. Every time he/she has to sit down fully so that his/her back touches the heals and then has to stand up straight.

It was believed in ancient times, that the exercise improved concentration and activated parts of the brain which in turn helped one remain alert, improve memory and intelligence. With recent interest in the field, a lot of research has been done by Scientists & Doctors across the world on this method with astonishing results.

Master Choa Kok Sui explains how the brain is a ‘living battery’ and must be recharged so that it can retain memory and intelligence. He states that energy connections are generated to power the brain. This technique uses the principles of the subtle energy. The right ear lobe corresponds to the left brain while the left ear lobe corresponds to the right brain. The ears also act as powerful acupuncture pressure points that have a direct connection to the brain. So when the ears are massaged, the energy flows to the brain.

It was observed that after just one minute of doing these sit ups, there was a marked increase in the Alpha waves activity. Alpha brain waves can stimulate creativity and minimize depression. Since this method involves squeezing the lobes of ears, it is in accordance with acupressure in which pressing left ear activates the right brain & energizes the corresponding pituitary gland and vice-versa for right ear.

The EEG result in another study, showed an increased amplitude in the parieto-occipital region of the brain, resulting in increased brain electrical activity.

The recent research shows how children with learning disabilities such as Down Syndrome, developmental and cognitive problems like ADHD/ADD reported an increase in performance and more activity in the class.

I am so glad to finally be able to understand the scientific reason behind those sit-ups. Apparently, this simple and fun activity has always had a scientific background. This knowledge was understood and discovered by the scholars thousands of years ago for the benefit of mankind.