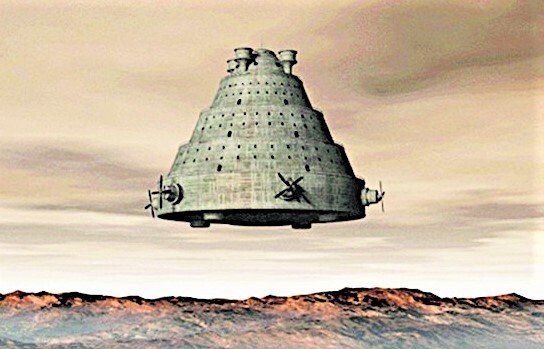 Synopsis:  The second part of the series of Aeronautics in Ancient India, explores the various sources of energy used by the aircraft for flight, eg solar energy, atmospheric energy and more. It also covers details on the construction of the ancient flying devices.

The aviation industry was quite developed during the ancient period. Depending on the availability and resources, they had several options for fueling their flying devices. The great aviation scholar Sage Bharadvāja mentioned four main sources of energy used for aircraft.

Vegetable Oil :  We are already seeing the use of vegetable oil as a substitute for fossil fuel. Vegetable oils are the basis of biodiesel which currently can be used like conventional diesel. As the scholars in in the ancient time had advanced knowledge of processing, vegetable oil was used as fuel for aircrafts.

Vapor of Mercury :  Description of it’s use as source of energy is available in ancient scriptures. Use of this was experimented in America as well. Even though in the experiment, the aircraft flew high in the air and exploded, it still proved that the vapor of mercury can be used as the source of energy for aircrafts. More experiment, knowledge and proper execution is required for practical use.

Solar Energy :  Solar energy was also harnessed to fly an aircraft. Thermal energy from the sun, a a kind of solar panels etc are said to have been used to convert light into current to fly the machines.

There were different aircrafts that used different sources of fuel :

This description shows how extensively the scientists in ancient India had thought about the various sources of energy for power.

Airways and Energy Sources for each Zone

The great scholar Śaunaka has divided the airways between the earth’s surface and 100 kms up in the sky into 5 zones. He also mentions the active source of energy in each zone  – Bhā. me. vijñā. ujja. par. Ch.7 p.52

Metals Used in Construction of Aircraft

The first metal is Tamogarbha Iron. This is described to be used to hide the aircraft from the enemies through smoke screen. It soaks 75% to 80% of light which falls on it. This metal is black in color, more solid than glass and doesn’t dissolve in concentrated sulphuric acid.

The second one is Alloy of Five Irons or Pañcalohā. This is solid, heavy and golden in color. The specialty of this copper based metal alloy is the lead percentage which is 7.95% making it a very unique alloy.

The third one is Ārara. This is also a copper based alloy which is yellow in color, solid and light in weight. Various medicinal plants, leaves, glues, barks of trees along with the minerals were used to prepare this alloy. Due to the use of natural resources, it was very cost effective as well. The composition for the preparation of the alloys was flexible, depending on the availability of resources in the respective region / country. This made it very versatile with far reaching affects.

Materials Used in the Aircraft

As per the description in the scriptures, there were three main materials used to fly the aircrafts. Following are a brief introduction to those materials and how they were synthesized.

1)  Cumbaka Maṇi : This was used in the instrument called Guhagarbha and had the quality to capture the reflection. It was the main component which used to emit electrical signal.

Synthesis of Chumbak Mani :  In the beginning stages, many ingredients like mercury, borax, ivory, copper etc were ground and crystalized. After heating it at extremely high temperature, once it was all melted, it was cooled in a flat container. The shinning magnetic dots were collected from the cooled down material which was called the Chumbak Mani.

2)  Parāgranthika drava : Drava means liquid and this was a kind of an acid which was used in the instrument named Guhagarbha along with Cumvakamaṇi. This liquid had redox property. When Chumbak Mani was dipped into it and exposed to solar rays, it produced electrical power.

Synthesis of  Parāgranthika drava : Bamboo shoot, parvanik tree’s bark, dhatura seed and few other things were ground, boiled in distilled water and filtered. The filtrate was yellowish green. Since it was very sensitive to light, it was stored in a dark place. This liquid was known as Paragrandhik Drava.

3)  Tanogarbha Loha : Pancha Loha was used to make an ohmic contact with Chumbak Mani allowing electric signals to be sent to other instruments to generate images.

Synthesis of Tanogarbha Loha :  Zinc, copper, deer’s horn etc were taken in an alumina cucible and heated at 300 degree Celsius for 3 hours, until it became liquid. Once cooled down, it became a shining metal called Tanogarbha Loha or Pancha loha.

Assembly of part of Guhagarbha Darshan Yatra :  Chumbak Mani was dipped into Pargrandhik Drava. Pancha Loha was never brought in contact with the liquid. It was painted with an insulating paint. Chumbak Mani was then exposed to solar radiation for current.

4)  Prakāśa Stambhana Bhid Lauha : This was a kind of a glass which captured and soaked the visible light and let only the infrared lights to pass through it. This was made with cast iron or silica or limestone and lodestone. The procedure was described in Aṃśubodhinī. Its main feature is that it is non-hygroscopic. The vapor of water or the atmospheric humidity removes the polish on the hygroscopic infrared glasses rendering it of no use. Prakāśa stambhana bhid lauha worked well with infrared signals without any risk from atmospheric humidity or vapor.

Check out Aeronautics in Ancient India (PART 1) of the Article

So, it can be concluded from above references and mentions, that the sages and scholars in the Vedic age had very advanced level of knowledge in science and engineering. They were also very adept in technologies to build and fly aircrafts, find sources of energy from nature, aerial combats skills and so on. The detailed prescription of 32 qualities indicate the level and precision of education and training that went into building these extra ordinary aircrafts and pilots during that period.