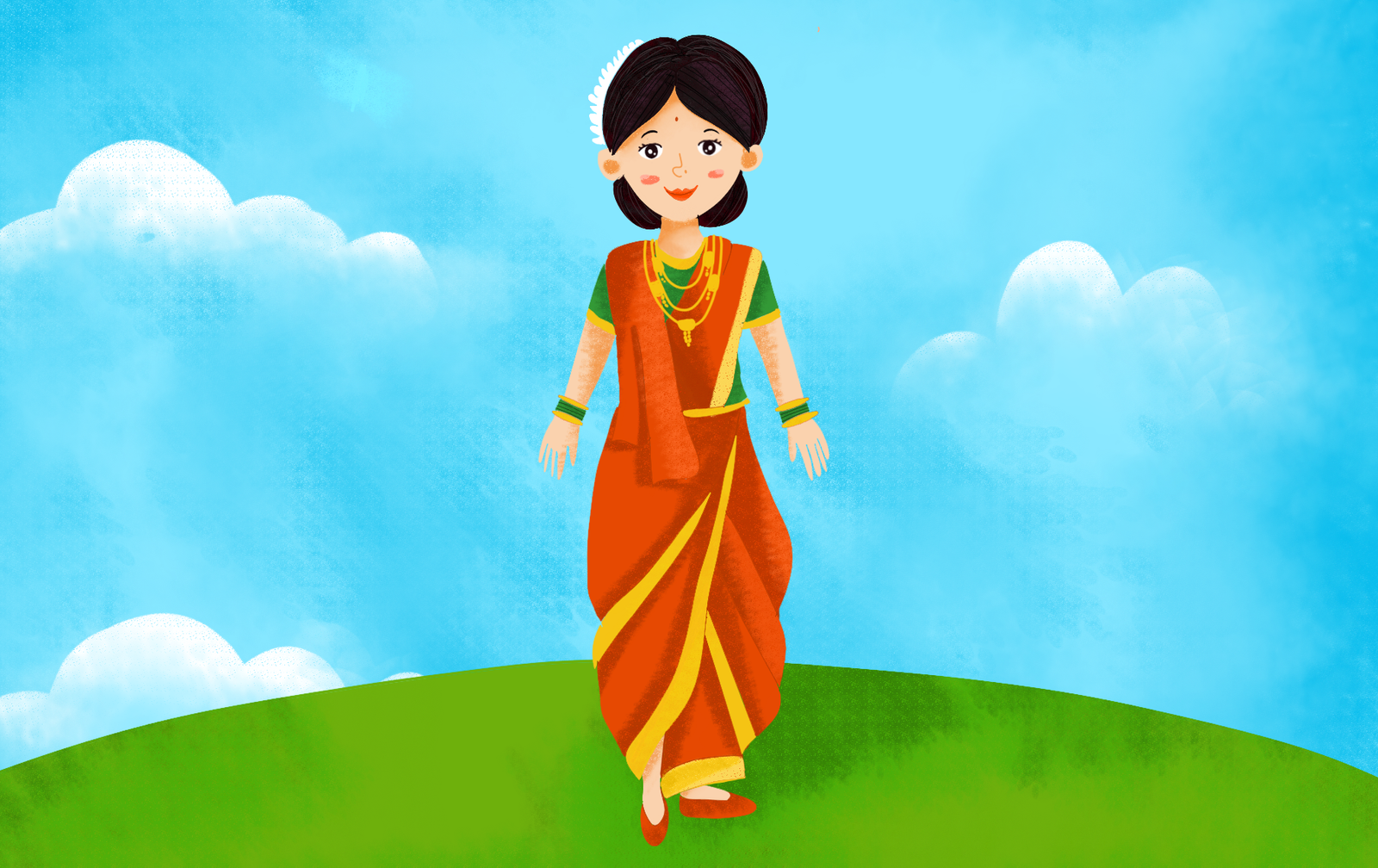 Bhaskaracharya and his wife had a beautiful daughter Lilavati. As a little girl she was a very happy and intellectual child. Bhaskaracharya  particularly chose the name Lilavati for his daughter, as it means a charming and graceful girl. She possessed all the qualities that her name suggested. Later on she became one of the greatest female mathematician and scholar of her time. Lilavati assisted her father in writing a book which Bhaskaracharya named after her. With Bhaskaracharya as her father, teacher and guide, Lilavati channeled her intelligence and focus to reach her true potential and became one of the greatest Vidhushi’s (the learned one) of her time.

Bhaskaracharya was a renowned mathematician during the 12th century AD. He Lived in the Southern part of India, near present day Mumbai. He had a profound knowledge in the fields of mathematics, astrology and science. He was also the head of the astronomical observatory at Ujjain University, which was the leading and most advanced math center in 12th century AD in ancient India. His most notable work is his book called Siddhanta Shiromani which consists of Principles of Math. It has 1450 verses and is divided into four parts:

Let me share a tragic yet very eventful story about Lilavati, that changed the trajectory of her life. As a scholar in math and astronomy, Bhaskaracharya had already calculated the events of Lilavati’s life, based on the time of her birth. Soon after her marriage, Lilavati was destined to be a widow. Bhaskaracharya wished to change the sad outcome of his daughter’s life. So he recalculated a better time for her marriage which would change her ill fate from being a young widow to a happily married girl. He fixed Lilavati’s wedding time and proceeded with the preparations. There was a unique way of measuring time in ancient India via a Ghatika Yantra or Water Clock. A small hole was drilled at the base of a metal bowl. Then that bowl was submerged in an earthen pot full of water. The bowl would slowly start to fill with water, and would eventually sink to the bottom of the earthen pot. As soon as it would touch the bottom, it was considered as the completion of one section of the night (called pahar). Each night was divided into 4 sections (char pahar).

Very meticulously, Bhaskaracharya set the clock for the auspicious time for the wedding and advised everyone to stay away from the the water clock. Out of excitement Lilavati decided to take a quick peak to check on the time. As she leaned over, unknown to her, a tiny bead from her jewelry fell into the bowl and got stuck. Since now the hole was partially blocked by the bead, it took much longer for it to sink to the bottom. No one realized the mistake and as a result the wedding rituals started much later than the new auspicious time calculated by Bhaskaracharya. As fate would have it, Lilavati became a widow soon after her marriage. After losing her husband, a very sad and heart broken Lilavati came back to her father’s place.

Bhaskaracharya felt very guilty for not being able to change his dear daughter’s fate. It broke his heart to see Lilavati sad and depressed. To help divert her mind and focus on something productive, he started teaching her math and astronomy. Lilavati was a brilliant, disciplined and a sincere student. She quickly grasped and perfected the concepts and very soon mastered the subject.

To teach Lilavati math in an easy way, Bhaskaracharya presented the problems in the form of ‘sutras’ (set of simple rules). These ‘sutras’ helped solve math problems much faster and efficiently. The book is composed of beautiful poems and images which present the mathematical problems as playful and simple riddles. Lilavati was required to understand, remember and use the ‘sutras’ accordingly, which she quickly mastered.

With Lilavati’s assistance, Bhaskaracharya complied all the ‘sutras’ in a book, which he named after his dear daughter. The book Lilavati, mainly deals with ’Arithmetic’. It has 278 verses written in Sanskrit in a poetic form. Before the introduction of the British system of education in India, Lilavati was the standard math textbook for nearly 800 years. It still is one of the most celebrated work in Mathematics in India.

Hundreds of manuscript copies, translations and commentaries on this book were produced overtime. In 1587, Akbar’s court poet Faizi, translated the book in Persian. It was also translated in English in 1816 by John Taylor.

The book contains thirteen chapters. Below are few:

The questions in Leelavati are known for their story-like narration. For example:wh

Praising his daughters intelligence and math skills, Bhaskaracharya  writes in the last verse of the book that: “Lilavati is born in a respectable family. She stands out in any group of scholars as she has mastered the idioms and proverbs. Whomsoever she embraces will be very happy and prosperous.”

Under the guidance of her father Bhaskaracharya and with her own dedication and sincerity, Lilavati dedicated her life to knowledge and learning. She will always be cherished and honored as one of the very accomplished scholars, whose contribution to math is as relevant in the present times as it was in the 12th century AD.