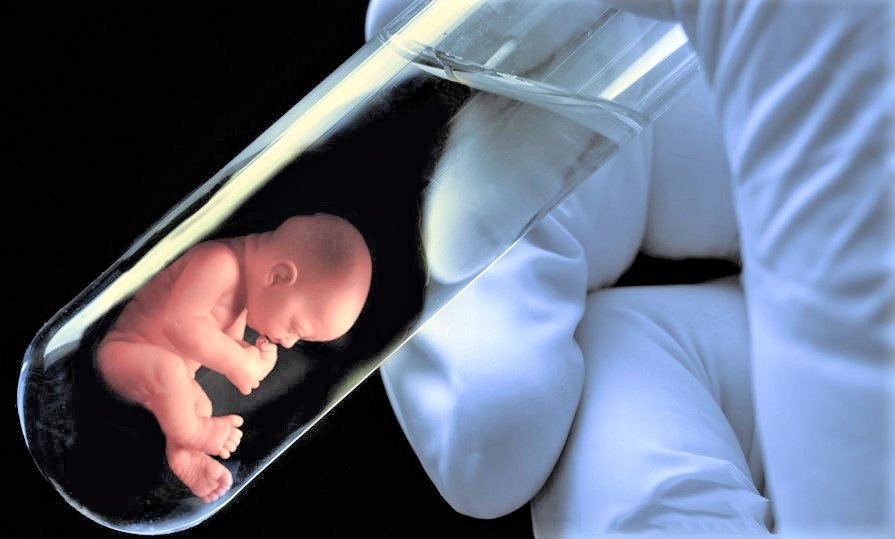 Synopsis: The following article includes accounts and chronicles from Mahabharata (6 BCE) which throw a light on the reproductive endocrinology 2600 years ago. We will cover the references and medical explanation of Gynecology and Obstetrics during Mahabharata, like IVF, tissue culture, epigenetics, genetic engineering and much more that was practiced in that period.

Reproductive endocrinology and infertility is a sub-specialty of Gynecology and Obstetrics. It is a field in reproductive medicine pertaining to hormonal functioning, reproduction and infertility issues. The examples mentioned here, include documented observations of pseudocyesis, gene editing, test tube babies, assisted reproductive technology, in vitro fertilization and congenital anomalies in fetus.

The epic Mahabharat describes Gandhari (wife of Dhritarashtra) having an unusually prolonged gestation of almost two years, while being pregnant.

After carrying the baby for a much longer time, it is noted that she gave birth to a still born lump of flesh. Per the document, Gandhari had 100 sons (Kauravas), and one daughter.

Modern medicine in Gynecology and Obstetrics has many documented cases of prolonged gestation which are attributed to many different causes. It is quite plausible, that Gandhari’s ‘pregnancy’ was a case of pseudocyesis (false pregnancy). Pseudocyesis  is an uncommon condition that causes a woman to believe that she is pregnant, even having many classic symptoms of pregnancy. Some mental health professionals believe it is related to an intense desire or fear of becoming pregnant. It’s possible that this affects the endocrine system, which in turn causes symptoms of pregnancy.

In the case of  Gandhari, her sister-in-law, Kunti, had conceived and delivered her first son Yudhishthira. There might have been social pressure on Gandhari to produce an heir to carry on the royal lineage. This anxiety and intense desire could have lead to the symptoms and signs of pseudocyesis in her.

One theory also propagates, that the cause of the prolonged gestation and birth of a lump of flesh could have been a tumor which Gandhari carried for almost two years.

In Vitro Fertilization and Tissue Culture

Gandhari gave birth to an ‘immobile fetus’ which was then divided by Ved Vyasa into 100 pieces and each piece was separately submerged into a jar also called Ghatakas (conical flasks or test tubes). The jars were filled with clarified butter (ghee) or some form of nutrient medium. These were used for tissue culture for the embryo and properly incubated.

Due to the conducive environment and suitable medium, cells got differentiated into early embryos and formed babies. After proper gestation in the jar, one by one 100 babies were born from that one lump of cells. This narrative in the epic strongly resonates with the modern day procedure called Tissue Culture.

CLICK HERE to read about tissue culture and scientific analysis of the birth of Kauravas (Gandhari’s children) in detail.

Per our modern day knowledge in Gynecology and Obstetrics, in the IVF process, after embryo culture, it  needs to be implanted back in the uterus for proper nourishment and growth of the embryo through placenta.

There is a possibility that in Gandhari’s case, the ‘ghatakas’ were actually different surrogates carrying the embroys implanted in their uterus for full term growth of the babies. This is a plausible hypothesis in recent times, since we yet have to understand if and how an embryo can grow to full term outside the uterus. It is quite possible that medicine was far more advanced during the time of Mahabharat, making it possible to follow some skilled form of ectogenesis (or exogenesis) where a baby can grow outside the womb.

The best example of Genetic Engineering can be seen in the Pandavas. Biotechnology can be explained by taking their examples.

Presently, with the advancement in biotechnology, in Gynecology and Obstetrics, a human embryo genes can be modified with appropriate qualities that have been shaped as per the instructions given by the parents. The process by which a designer baby is produced is known as Gene Editing.

Pleased with Kunti’s hospitality, the sage Durvasa blessed Kunti with a boon. He initiated her into a unique mantra, through which she could invoke any divine being to provide her with a son which will have the distinct quality of that divine being. She requested the Sun God to donate one of his nuclei and thus her first born son, Karna was born with extraordinary traits of courage and vitality, like his father.

Her later children, Yudhishtra, Bhima, and Arjuna, were conceived using this mantra, at the behest of her husband, Pandu. The genes procured from specific donors were modified and introduced in the embryos of Bheema (for strength), Yudhishthir (for honesty) and Sahdeva (charming personality). The so called “surrogate fathers” of the five Pandavas were Yama, Vayu, Indra and the twin Ashwins respectively.

Thus Kunti’s children can be referred to as ‘designer babies’ where each one had the specific characteristic of the ‘donor’ divine being. The same mantra was used by Kunti for her husband Pandu’s second wife, Madri, to conceive Nakula and Sahdeva.

Per the story in the epic Mahabharat, after passing of one of her sons, Queen Satyavati wanted to save the family lineage. As a solution, she requested her second son, Ved Vyasa, to cohabit with her widowed daughters-in-law, Ambika, and Ambalika.

Ved Vyasa agreed to be the “Surrogate father” of the future generation. It is documented, that at the sight of, not so good looking, Ved Vyasa, Ambika’s reaction was to immediately close her eyes. As a result she bore a blind son, Dhritarashtra.

While the other daughter-in-law, Ambalika, was stressed and turned pale at the sight of Ved Vyasa. Her son Pandu was born with pallid (yellowish) complexion, which in modern term can be explained as an abnormality in the liver. Bilirubin is a waste product that is formed from hemoglobin and is excreted in bile in the liver. Incapacity of the liver to remove bilirubin (toxins) from the body is associated with jaundice. In jaundice a person’s skin, whites of the eyes and mucous membranes turn yellow because of a high level of bilirubin. Pandu is said to have exhibited these symptoms.

Modern research has shown that a fetus is sensitive to external environment through mother’s body. Abhimanyu’s story in Mahabharat perfectly documents this fact.

While still in his mother’s womb, Abhimanyu listened to the conversation of the elders and learned how to enter a Chakravyuha  (labyrinth) in a war. In later years, as a teenager he entered the Chakravyuh without receiving any instructions on it. But since he did not hear the steps to get out of it, he got killed in the war inside the chakravyuh.

It is a known fact that epigenetics and mother’s mental state has a direct effect on the development and psychology of a fetus. Epigenetic studies suggest that the actions of a future mother or father has a long-lasting health effects on the children for years to come. A contented and happy mother’s body secretes hormones such as serotonin, which keeps a baby joyful and happy.

According to the epic, pleased with Kunti’s hospitality and modesty, Saint Durvaasa gave her a Mantra which could invoke any deity to give her a child with his specific traits.

As a result Karna was born to Kunti and Surya with the traits of the Sun God (Surya). Karna was born with ear rings and armored breastplate, like his father Surya. This phenomenon suggests a congenital anomaly.

Congenital anomalies are defined as structural or functional anomalies that occur during intrauterine life. Also called birth defects, congenital disorders, or congenital malformations, these conditions develop prenatally.  In later years, Karna grew up to be a strong warrior, with no suggestion of any of the disabilities associated with most congenital syndromes.

Plausible explanation for the armor could be that Karna was born with ichthyosis vulgaris. Ichthyosis vulgaris is an inherited skin disorder in which dead skin cells accumulate in thick, dry scales on the skin’s surface. The ear rings could have been an external earlobe anomaly.

The ancient texts are dotted with many such documents of advanced scientific procedures in Gynecology and Obstetrics during Mahabharata. We are well aware of these in modern days and we need to learn many others as we grow in our own scientific research.