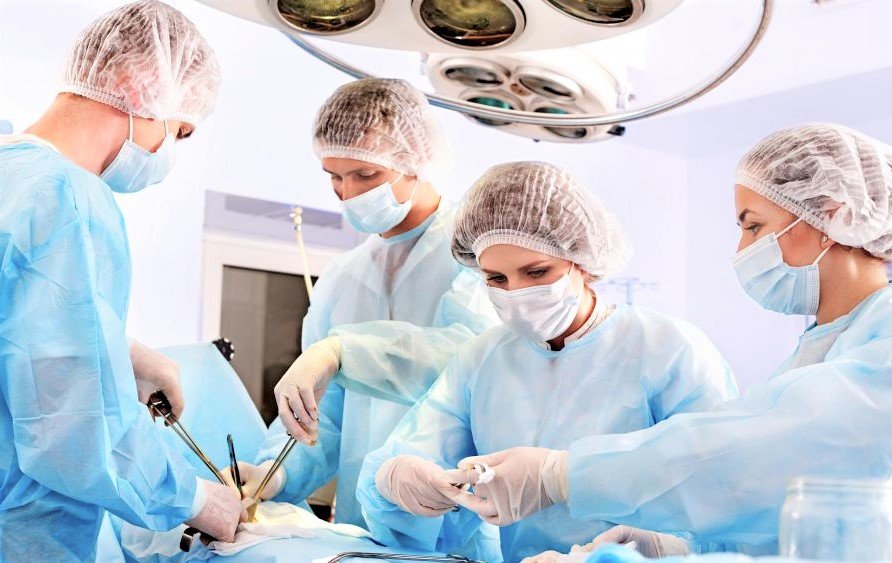 THE CONCEPT OF SURGERY IN VEDIC SAṂHITĀS

Synopsis: The third and last section of the series includes references of surgery in ancient India. It is mentioned in various ancient texts, like the Rkshasamhitā, Sāmsanhita, Yajuṣsanhita, Atharvasanhitā. There are several references which mention surgeries such as transplantation of organs, cosmetic surgery, obstetrics and many more.

References of various aspects of medical sciences and surgical treatments are available since Vedic times. Citations on surgery in ancient India and general medicine are also available in Rkshasamhita, Sāmsanhita, Yajuṣsanhita, Atharvasanhitā

Hints about ophthalmology, otolaryngology, orthopaedic surgery, geriatrics, transplantation of organs, morphology, obstetrics and gynaecology etc. are available in Ṛksaṃhitā. All these evidences are basically found in the first and tenth mandalās of Ṛksamhitās.

Surgery in Ṛksamhitā is mostly associated to the Aśvin brothers. They were not only proficient in ophthalmology, otolaryngology, orthopedic surgery, geriatrics, transplantation of organs, morphology, obstetrics and genecology, transplant surgery.

The seers who used to believe godliness within the natural factors also believed that the sufferings from diseases are caused by the curse of angry deities. The angry divine powers incite vampiric powers on human bodies which make them suffer from the diseases. Thus, praying hymns (sound therapy) are also available to cure diseases in Sāmsanhita as treatment. Though hints of treatments through medicines, incantation and surgery are also available beside this. It seems Sāmsanhita is based on melody (singing) or sāma to please the deities. The hymns of both saṃhitas are similar because hymns of Sāmsanhita are mostly compiled from Ṛgveda. The main difference between the two is in the style of chanting.

Yajuṣsanhita is basically in prose form and relatees to the Vedic karmakāṇḍa or sacrificial prescriptions. Its main emphasis is on the process of conducting yajna. There are also references of other subjects like solar medicine (photo therapy), hydrotherapy, surgery, cogitation and prognostication of ominous and tridoṣavāda (Vāt, Pitta, Kapha), along with the principal sacrificial prescriptions.

The seers of Yajuṣsanhita pray to the Aśvin brothers, “May all of us be associated to have vigour, alimentation, firm body and pure mind. Let the facilitator of great things provide us wealth and remove lethiferous things from our bodies”

Cure of diagnosis through medicine is described mostly in Śuklayajurveda (Vājasanayisaṃhitā) where as cure through surgery is described in Kṛṣṇayajurveda (Taittirīyasaṃhitā).

Descriptions related to Soma is widely found in Yajurveda as it is mostly related to sacrificial prescriptions. The Soma is not only the key element of yajñas but it is king of the medicines also. The medicines are always ready to cure the diseases by decree of Soma:

The Atharvasanhitā has a great value in context of medical science. Thus, this is also known as the bhaiṣajyaveda (Veda full of knowledge related to pharmaceutical values).

Being a Veda, this affiliates to supernatural as well as sublunary subjects like māraṇa, mohana, uccāṭana, vaśīkaraṇa etc. The pharmaceutical hymns are found more than hymns related to other subjects in Atharvasanhitā. As a result interpretation of almost all medical branches are found in this Veda.

A very advanced form of surgery is found in Atharvasanhitā. The reference of dhamanībandhana or arterial ligation and cutting the blood vessels are also found in preventing bleeding in surgery

There is clear example of advanced plastic surgery and cosmetic surgery in ancient India during the vedic age, where there is a description of removal of wrinkles like an armour from the body.

Madhuvidyā is also a branch of surgery which was used for resurrection of moribund and to give youth to the old people.

We have evidence in the scriptures that talk about medical approach towards the restoration of youth. Number of references about this are available in Ṛgveda. Older sages Cyavana, Kali and sick Ghoṣā who were suffering from leprosy were treated and made young and healthy again.

Thus, it can easily be concluded from the aforesaid reference in Ṛgveda that the hymns are the glorifications of the ancient advanced surgical traditions in all medical branches.

Aśvin brothers were very well versed in implantation of organs which they used to treat broken limbs. In some cases they also implanted limbs of another person in the patient’s body. For example, they implanted the broken limbs of sage Rebha

It is said that equipped with their knowledge of implantation, they restored the body of Śyāva, who was cut in three parts.

In Sāmsanhita, reference of surgery is found in the aindrakāṇḍa of pūrvārcika in Sāmaveda. It is said that Indra replanted, separated the weapon cut organs without the usage of any sticking material

It is proved from these examples that the surgery was well advanced in ancient times.

In Yajuṣsanhita, there is reference of Implantation of Limbs. The Aśvin brothers are described as beauty enhancers and life-enhancers along with their expertise in implantation of limbs in the place of broken ones. This is narrated in the 93rd hymn of 19th chapter of Yajurveda.

Per the below verse by Sāyaṇācārya, plantation of organs or transplantation of any part of body is known as Apikakṣyavidyā. Various examples are available in Ṛgveda about Madhuvidyā and another ancestral branches of surgery.

Description of organ transplant is also available in Taittirīyasaṃhitā of Yajurveda. After Yajña got beheaded by Rūdra, his head was successfully transplanted.

Sarasvatī has also been referred as doctor in the 20th chapter of this Veda. She is  considered as a symbol of vāṇī or speech. The hymn says that Sarasvatī is associated with language and if the language of the doctor is pleasing, full of patience, then it will increase morale and endurance of the patient.

Thus, all these references prove that sound as treatment and therapy was practiced as formal recitation of Vedic hymns, along with medicine and surgery.

The doctor’s of that period had very good knowledge about  pregnancy, nutrition (fetal nutrition), control of abortion and eutocia. References about the deities having great knowledge of veterinary treatment is also found in Ṛgveda. The Aśvin brothers eliminated infertility of a cow and facilitated her with a healthy calf.

The scripture mentions the use of fire to address diseases related to uterus and genitals. The fire incinerates the cankerworms and germs in the uterus and destroys the diseases which can harm the semen and foetus in the womb.

This above hymn of Ṛgveda indicates the process of modern diathermy in which the fire is used in destroying the germs in a part of the body affected by disease. The importance of fire surgery or diathermy is rendered in Suśrutasaṃhitā as

In this context, it is also said in Suśrutasaṃhitā, that the thin rooted, hanging and discharging haemorrhoids are to be treated by performing surgery on them with surgical instruments.

If treatment with acupuncture and medicines don’t cure the patient, Surgery should be done to treat this disease

Various methods of treatment of snakebite are mentioned to deal with the venom of a snake. For example: treatment with incision and suction, bonds, power of hymns, medicine, sound instruments and assurance. It is narrated in a hymn, “I bind the absorbed venom within your body in bonds. I set you free from the fear of venom by holding the liquid (venom) of superficial, mid and deep wounds

The incision and binding is signified by the word gṛhṇāmi in the hymn. Similarly, hints of treatment by instrumental sounds and assurance therapy are also found in another hymn of this Sūkta named Sarpaviṣanāśanam.

The words ugraiḥ vacobhiḥ used in this hymn is used to signify chaos. There is a popular opinion that the person should not be allowed to fall asleep whom a snake has bitten. Similarly the patient is assured by the words ni riṇāmi te viṣam, that “I will remove the venom”. The method of removing venom by the use of external medicine is also described in Suśrutasaṃhitā

The loud instrumental sounds divert the attention of the patient and boost his morale, all the while keeping him awake.

Check out part one and two of the Article:

Part One : Introduction to Surgery

Acknowledgement :  Written and researched by an eminent Sanskrit scholar (Dr. Priti Sinha) and supported by an accomplished Cardiac Surgeon (Dr. K. N. Sinha), editing this article was a very gratifying experience. With the information being so challenging as well as technical, I have tried my best to do it justice by presenting the information in simpler terms. My hope and expectation is that it benefits all the aspirants and students who have a thirst for knowledge and wish to better themselves and the society.

Disclaimer :  The practices and methods elaborated in the articles are not in any way suggestive to be used by or on anyone. It is just a source of information strictly for knowledge purposes only.