Ancient Science
Scientific Analysis of the birth of Kauravas
Share 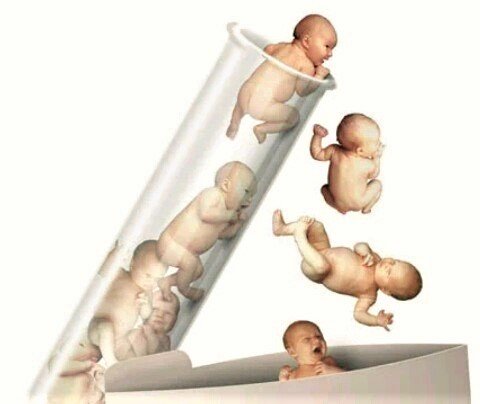 Synopsis: The birth of 101 children of Gandhari, called Kaurava’s, is a mystery for many. In this article we will try to scientifically analyze and understand few questions that often arise about the birth of Kauravas.

Gandhari was the wife of Dhritarashtra and mother of 100 sons and 1 daughter. Their 100 sons were called Kauravas. The birth of Kauravas is quite fascinating, especially from a medical point of view. Per the ancient text, Gandhari endured a pregnancy of almost two years and ended up giving birth to a lump of flesh. A scholar Ved Vyasa divided the cells from the lump into 101 pieces, incubated them in jars and after due gestation produced 101 babies from those jars. Out of those 100 were male babies and per Gandhari’s request 1 was a female child. This act sounds miraculous and many a times quite confusing as well.

Why did Gandhari have such a long gestation period ?

There are three possibilities of why Gandhari had such a long gestation period:

1) The story goes that Gandhari and her sister-in-law Kunti were pregnant at the same time. After due course Kunti gave birth to a son while Gandhari was still carrying the baby with no sign of completion of pregnancy in the near future. In despair and agony after she heard of the birth of Kunti’s son, she started hitting her womb viciously which may have led to an abortion (death of the fetus). This might have resulted in her giving birth to a lump of flesh.

2) Another theory propagates, that it might have been an undetected tumor which Gandhari carried for almost two years. Due to the position of the tumor (in the stomach), she and others might have believed that she was carrying a baby.

3) It is plausible that there might have been social pressure on Gandhari to produce an heir to carry on the royal lineage. This anxiety and intense desire could have lead to the symptoms and signs of pseudocyesis in her. Gandhari’s ‘pregnancy’ might have been a classic case of pseudocyesis (false pregnancy). Pseudocyesis  is an uncommon condition that causes a woman to believe that she is pregnant, even having many classic symptoms of pregnancy.

Were the babies born via In Vitro Fertilization ?

Gandhari gave birth to an ‘immobile fetus’ which was then divided into 101 pieces and each piece was separately submerged into a jar also called Ghatakas (conical flasks or test tubes). The jars were filled with clarified butter (ghee) or some form of nutrient medium. These were used for tissue culture for the embryo and properly incubated. Due to the favorable environment and suitable medium, cells got differentiated into early embryos and formed babies. After proper gestation in the jar, one by one 101 babies were born from that one lump of cells.

The method explained in the epic strongly suggests that Tissue Culture was used for the birth of Kauravas. There is a strong misconception that Ved Vyasa performed In Vitro Fertilization (IVF) on the ‘immobile fetus’ of Gandhari to create 101 children. Let us understand why IVF was not a possibility, instead, very advanced level of Tissue Culture was performed for the desired result.

IVF is a process of fertilization where an egg is combined with sperm outside the body, in virto (“in test tube”). The fertilized egg undergoes repeated mitotic division for 2–6 days, to form a blastomere (small embryo). It is then implanted in the uterus, with the intention of establishing a successful pregnancy. In IVF, two haploid (single cell) gametes (from male and female) fuse to make a zygote.

Tissue culture is the growth of tissues or cells in an artificial medium separate from the parent organism. This technique is also called micropropagation. This is typically facilitated via use of a liquid, semi-solid, or solid growth medium. For tissue culture the mitotic division to form a blastomere is complete. A zygote is diploid as the fusion (of the male and female gamete) has already taken place. The cell division happens in the zygote for complete development.

Ved Vyasa did not perform IVF on Gandhari as in her case, the fusion was already complete in the form of the undifferentiated mass of cells (lump of flesh) that Gandhari gave birth to. Each cell in that undifferentiated mass of cells, was equivalent to a potential zygote on which Ved Vyasa performed Tissue Culture by dividing and differentiating them through a nutrient medium. So per the modern science, we can establish that Tissue Culture was used in the birth of Kauravas and not IVF.

Were all the babies, clones ?

An example of genetic engineering can be seen in the birth of Kauravas. Since all 101 of her children were born from one lump of flesh, their genetic makeup was exactly the same for all. Still 101 zygotes developed as individual males while one was female. It makes one wonder, as to how all the male children had different physical and mental composition and were not identical clones, especially since their genetic material was identical (from one lump of cells).

We know in modern day medicine that after cell division, comes cell differentiation. The nutrient medium used at this stage leads to variation in the expression of the genes. This experiment was successfully performed by Dr. Bruce Lipton. He is an American developmental biologist. He was doing research on cloning stem cells in 1967. Stem cells are multi potential, embryonic cells. He put one cell in a dish by itself, and it divided every 10 or 12 hours. After a week, he had 50,000 genetically identical cells  in a dish. Each one of these cells were genetically identical to every other cell as they came from the same parent.

Henceforth, even when the genetic make up of all the 101 pieces was from the same source, the difference in nutrient medium in each, may have stopped the cloning process. So it can be assumed that even though some process of cloning was followed, their nutrient atmospheric conditions being different, produced babies that had different physical features and qualities from each other.