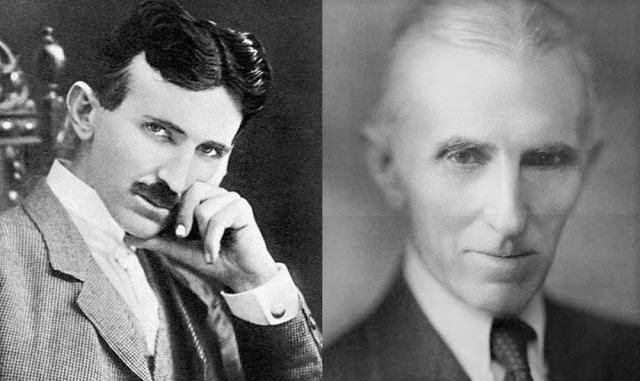 Nikola Tesla was a brilliant inventor, scientist, engineer and physicist, who earned more than 700 patents. His ideas were ahead of his time by centuries. He is most famous for developing the alternating current, but his work also led to advances in wireless communications, lasers, x-rays, radar, lighting, robotics, and much more.

He was a visionary who has been very prominent in shaping our modern world and lifestyle. To quote him, ‘The day science begins to study non-physical phenomena, it will make more progress in one decade than in all the previous centuries of its existence.’

Tesla was born on July 10, 1856, in the village of Smiljan, Modern day Croatia. His father, Milutin Tesla, was a Serbian orthodox priest, who was also a gifted writer and poet. At a young age, Tesla immersed himself in his father’s library. He wanted Nikola join the priesthood, but his interests lay squarely in the sciences.

Tesla’s interest in electrical invention was spurred by his mother, Djuka Mandic. To help with home and farm responsibilities, she would invent small household appliances in her spare time. One of them was a mechanical eggbeater. Tesla credited his photographic memory and inventive instincts to his mother, who helped him hone these skills as a young child.

Tesla was one of five children, including siblings Dane, Angelina, Milka and Marica. In 1863 Tesla’s brother Daniel was killed in a riding accident. That incident had a huge impact on 7-year-old Tesla, who reported seeing visions. As a young boy he was able to perform integral calculus in his mind, prompting his teachers to think he was cheating. As a student he was very passionate about mathematics and sciences. Tesla had his heart set on becoming an engineer.

After studying at the Realschule, Karlstadt in Germany; the Polytechnic Institute in Graz, Austria; and the University of Prague during the 1870s, Tesla moved to Budapest, where for a short period of time he worked at the Central Telephone Exchange. It was while in Budapest that the idea for the induction motor first came to Tesla. At age 28 Tesla decided to leave Europe for America.

Tesla arrived in new York in 1884 and was hired as an engineer at Thomas Edison’s Manhattan headquarters. Edison was very impressed with his diligence and ingenuity. Edison was more of a businessman and a power figure in the society. His focus was on marketing and financial success. Tesla on the other hand, was commercially out-of-touch and somewhat vulnerable.

At one point Edison told Tesla he would pay $50,000 for an improved design for his DC dynamos. Tesla took up the challenge and worked very hard for months. He presented an ingenious solution which Edison loved. When Tesla asked for the money, Edison shrugged him off, saying, “Tesla, you don’t understand our American humor.” Tesla quit soon after. Edison with his DC current and Tesla with his AC current soon became professional rivals.

Thereafter, Tesla set up a laboratory called Wardenclyffe in the small community of Shoreham, Long Island. He conducted some of his most ambitious experiments here.

After an unsuccessful attempt to start his own Tesla Electric Light Company, Tesla temporarily had to accept a job of digging ditches for $2 a day, to survive. Tesla continued on his experiments with whatever resources he had. He soon found few people to support his research into alternating current. In 1887 and 1888 he was granted more than 30 patents for his inventions. Tesla caught the attention of George Westinghouse, Edison’s major competitor in the “Battle of the Currents.”

Westinghouse hired Tesla, licensed the patents for Tesla’s AC motor and gave him his own lab. Financed by Westinghouse’s royalties, Tesla started his work with new vigor. But Westinghouse was soon forced by his backers to renegotiate their contract, with Tesla relinquishing his royalty rights.

Tesla made dozens of breakthroughs in the production, transmission and application of electric power. His major inventions include the Tesla coil, alternating-current (AC) electricity, and the discovery of the rotating magnetic field. His alternating-current (AC) electric system, is the predominant electrical system used across the world today. His “Tesla coil,” is still used in radio technology. He was also a pioneer in the discovery of radar technology, X-ray technology, remote control, wireless technology and many more.

Throughout his career, Tesla discovered, designed and developed numerous important inventions, most of which were officially patented by others and making huge profits on them.

Tesla designed the alternating-current (AC) electrical system, which would quickly become the preeminent power system of the 20th century and has remained the worldwide standard ever since.

In 1895, Tesla designed what was among the first AC hydroelectric power plants in the United States, at Niagara Falls. The following year, it was used to power the city of Buffalo, New York. This accomplishment was highly publicized throughout the world. It also helped further AC electricity’s path to becoming the world’s power system.

In the late 19th century, Tesla patented the Tesla coil, which laid the foundation for wireless technologies and is still used in radio technology today. The heart of an electrical circuit, the Tesla coil is an inductor used in many early radio transmission antennas. Tesla himself used his coil to study fluorescence, x-rays, radio, wireless power, electric oscillators, meters, and electromagnetism in the earth and its atmosphere.

Around 1900 Tesla started work on his most ambitious project : to build a global, wireless communication system. It was to be transmitted through a large electrical tower, for sharing information and providing free energy throughout the world. Work started on building a massive transmission tower known as Wardenclyffe Tower (Tesla Tower). Unfortunately, due to financial issues, by 1915 the site had fallen into foreclosure. Two years later Tesla declared bankruptcy and the tower was dismantled and sold for scrap to help pay the debts he had accrued.

Tesla died of coronary thrombosis on January 7, 1943, at the age of 86 in New York City. He spent his final years feeding and (per his claim) communicating with the city’s pigeons. He died poor and recluse.

Nikola Tesla has been an inspiration for many. The legacy of the work Tesla left behind, lives on to this day. Almost everything that we use today is due to the perseverance, vision and invention of that genius. For his humanitarian effort and for our current comforts, he paid heavy price all his life. I can only presume, that he did not have any regrets in life, from his famous quote, ‘The present is theirs; the future, for which I really worked, is mine.’