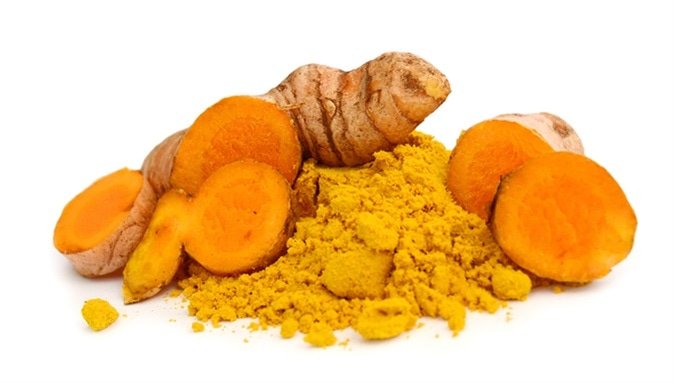 Turmeric is a commonly used spice in India for thousands of years. It has many medicinal properties. It gives the Indian curry its yellow color. Turmeric contains Bioactive Compounds with powerful medicinal properties. These compounds are called curcuminoids, the most important of which is Curcumin. It is the most active compound in turmeric. Curcumin has many scientifically-proven health benefits.

Helps Fight Viruses : Curcumin is said to help in fighting off a variety of viruses, including herpes and the flu

For Migraines : Turmeric is also recommended as a headache treatment, especially for migraines

Skin Treatment : Since turmeric has anti bacterial and anti-inflammatory properties, it helps with acne and dull skin

Reduces Inflammation : Curcumin improves the function of the endothelium, which is the lining of your blood vessels. In addition, it also reduces inflammation and oxidation, keeping the heart healthy

Video Link :   Benefits of Turmeric and How it Helps Fight Inflammation in the Covid 19 era

Prevents Alzheimers : Research has shown that Curcumin can be useful in preventing and treating Alzheimer’s Disease

Helps Against Depression : Curcumin is also a powerful against Depression. Depression is also linked to reduced levels of brain-derived neurotrophic factor (BDNF) and a shrinking hippocampus, a brain area with a role in learning and memory. Curcumin boosts BDNF levels, potentially reversing some of these changes

Boosts Feel-Good Hormones : There is also some evidence that curcumin can boost the brain neurotransmitters serotonin and dopamine

Anti Agent : Curcumin has also been used as an anti aging and age related chronic disease treatment for generations